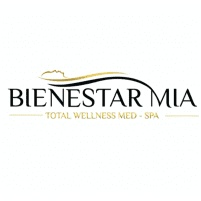 Autonomic neuropathy is a condition of the nervous system that can affect more than 45 million Americans. However, there are some simple autonomic nervous system (ANS) tests that can quickly help you determine if you have it. Bienestar Mia in Dallas, Texas, offers ANS tests so you can take back control over your health and seek the appropriate treatment. Ready to learn more? Call the practice today or schedule a consultation through the online booking tool.

What is autonomic neuropathy?

Autonomic neuropathy occurs when the nerves that control these functions become so damaged they can no longer send messages effectively between the brain and the autonomic nervous system.

Symptoms of autonomic neuropathy include:

If you experience any of these symptoms, make an appointment with your doctor.

What are autonomic nervous system tests?

The tilt-table test involves you lying on a table that tilts to raise your upper body. It monitors changes in your blood pressure and heart rate as your body moves.

During this test, you’re coated in a powder that changes color as you sweat, and then you wait in a room as the temperature increases. The powder documents your sweat patterns.

What are the benefits of autonomic nervous system testing?

Autonomic neuropathy isn’t always apparent nor expected. People with diabetes are most at risk, but some cancers, autoimmune diseases, and medicines can also make you more likely to experience nerve damage — and even an infection can cause it.

ANS tests help catch the early signs of nerve damage so you can treat the symptoms and prevent the nerve damage from worsening.

Who should have autonomic nervous system testing?

More than 45 million people in the United States are at risk of developing autonomic neuropathy. Those suffering from chronic conditions such as diabetes, cancer, or hypertension may also benefit from an ANS test. An ANS test can also be administered to anyone as young as 16, since it is a crucial indicator of even the earliest signs of nerve damage.

The experienced team at Bienestar Mia offers ANS tests to give you the health insights you need to take better care of yourself. To schedule an ANS test, call the practice today or book an appointment through the online portal.